You want to write a novel because you think it’ll make you rich? You think it’ll give you the opportunity to relocate from your roach-infested trailer into a luxurious mansion? You think it’ll take your worries away and allow you to finally shove that splintered wooden plunger handle up The Man’s gaping bunghole?

Well, I’ve got news for you: It probably won’t.

J.A. Konrath, well-known author of the Jack Daniels series, put his earnings information on his blog back in 2009. He earned a whopping $803 per book per year at that time.

A former coworker I didn’t personally know had written novels throughout the course of his tenure with our Company. He didn’t break off to write full-time until after he started making enough money from his writing to support comparable salary wages, which was sometime after his 30th publication.

I’m friends with several authors who appear to be quite successful—with numerous awe-inspiring books, short stories, scripts, and other work to their credit—yet they are turning to or maintaining day jobs to make ends meet.

“But,” you say, “these aren’t really budding writers. They’re established or already have their feet in the door.”

Fine then, I will.

Dozens of people have asked me to remember them when I make it big. They’ve discovered I’m getting a trilogy published, and I’ve recently signed on as co-editor for two anthologies from well-known indie publishers. These disillusioned quasi-stalkers want autographs because they think it’ll be worth something.

They’ve inquired about my advances, thinking I got a Rowling of a deal.

They think I’ll become a household name and line my pockets with Franklins and kick my muddy shoes all over people’s belongings while shouting obscenities just because I fucking can. 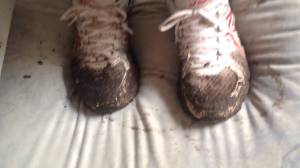 I wrote a book. Fuck yo couch!

I’m not snorting or licking those newfangled bath salts, and I refuse to acknowledge a false reality: I can’t quit my day job. I probably won’t be able to for another decade, if not much longer.

Most likely when even Viagra doesn’t work anymore.

Needless to say, this hasn’t stopped me from dreaming of holding tomes with my long, hard-to-pronounce name splayed across their covers. And it shouldn’t stop you, either.

Unless you’re the next breakout success story (which is possible), you’re not going to be able to quit your day job after writing your first novel. Or the second. Probably not even the third, fourth, or fifth. You might get a nice little bonus every time a royalty check rolls in, but you’re not going to be trading in your rusty POS Chevy Cavalier for a Mercedes any time soon.

Publishing a novel could even throw your finances into a deeper black hole from which you can’t escape. 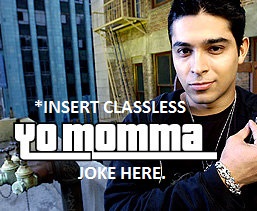 That doesn’t mean you can’t keep your dream of being a published novelist alive.

If you’re a true writer and damn proud of it, money shouldn’t sway your desire to pump word vomit into the world. If there’s a story inside you begging to be written, get that symbiotic life-stealing, soul-sucking succubus out of you. Plant your ass in your favorite taint-stimulating seat and get to writing.

I haven’t, and my dreams are still coming true every day.

There’s nothing wrong with dreaming about where your writing will take you. Through constant practice and perseverance, you will eventually find the level of success you desire.

Just make sure you’re able to pay for your disgusting drug and transgender prostitute habits until then, and keep your day job even after signing a contract.

Stay tuned. There’s more randomosity coming soon. (Well, in a month or so. I like to keep this shit random.)