Click on images to scope out the book details/Table of Contents and snag your copy!

What Goes Around (KnightWatch Press, 2016)

Featuring all-female contributors, stories in the Man Behind the Mask anthology harken back to the great ’80s style of horror! Work by Audrey Brice, Jaime Johnessee, Stevie Kopas, Crystal Jeans, Rose Garnett, A. Giacomi, Michelle Garza & Melissa Lason, and many more, with a foreword by ’80s Scream Queen Linnea Quigley!

Escapees and Fevered Minds  continues the dark, twisted and wildly imaginative adventures of several larger-than-life characters introduced in White Walls and Straightjackets  by the ever impressive David Owain Hughes.

Man Behind the Mask

Man Behind the Mask 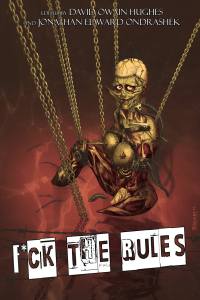 The Man may mean different things to different people: society, the government, a parent, a boss, a significant other, a shady organization that only controls a subset of a group or society, men in general, women in general. The Man makes the rules, and those rules exist to keep us in line. But what happens when we break the rules? What happens when we buck against The Man and his machine that we’re slaves to?

F*ck the Rules features rule-bending stories from writing masters such as Guy N. Smith, Richard Chizmar, Adam Millard, Antonio Simon, Jr., Suzanne Fox, and more. Find out what happens when you throw your middle fingers up and defy those who hold you down. 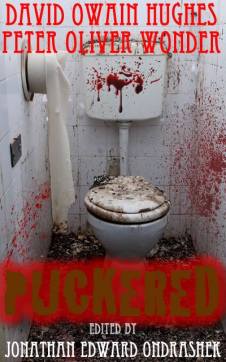 A phenomenal new bizarro horror novella from the grand masters of extreme horror and the most delicious depravity!

Percy is kinky. Percy is perverted. Percy is a loner. Percy is sneaky… But most of all, Percy wants to be left alone.

Whether it be a nagging mother or something from his past, it feels like he is always trying to escape something. Will he be able to find his own peace, or will the real world catch up to him?

But most of all, there will be murder…

Another exemplary bizarro novella from the great and incredibly disturbed minds behind Puckered!

Betty is sexy. Betty is scarred. Betty is an outsider.
Betty is a genius… But most of all, Betty wants recognition.

Whether it be a controlling mother or ghosts from her past, it feels like she is always trying to please someone. Will she be able to find her own peace, or will the real world catch up to her?

But most of all, there will be murder…