David Owain Hughes and I put out a call for a non-invite anthology at the start of the year. We asked writers to create tales surrounding the theme of stickin’ it to The Man, leaving the overall concept open to interpretation. It could have been at a grand level, like open rebellion against a government, or on a smaller scale, like defying parents.

We wanted original, unsolicited tales, but, in keeping with our theme of fucking rules, we  then invited three particular authors to participate and were stoked when they all agreed.

After the open call closed, we combed through the pile of submissions and snatched out the best. We even had to turn good ones down due to limited space, which sucked donkey balls. But, in the end, those difficult rejections proved the anthology call had been successful – if you have to turn down great stories for great stories, that’s a good thing!

We’re wrapping up the initial editing process and have finalized the Table of Contents. Without further ado . . .

Table of Contents (in no particular order):

Get ready to defy those who hold you down. 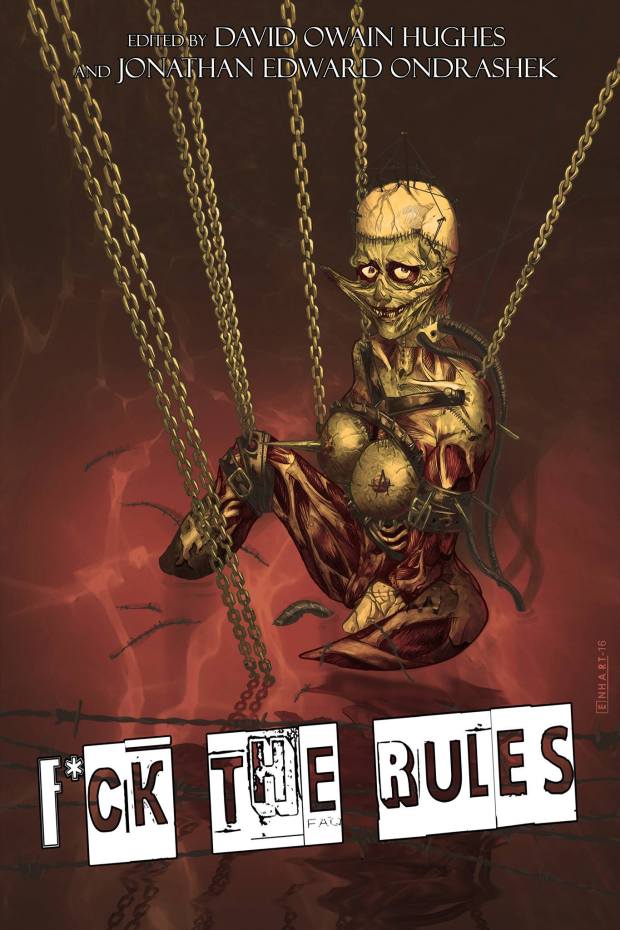