I recently purchased a book based on the one 5-star review it had on Amazon. The reviewer claimed they’d received an ARC of the book in exchange for an honest review, and the book was great.

So was the cover.

I bought it right then and there. But after reading the first page, I wondered what the first reviewer had seen in the book. Me? I had to clench my butt-cheeks every time I turned a page lest the shitty word shit seep from the book and into my being.

I tried to trudge through the mess. Eventually, however, I had to delete the book from my Kindle account because I couldn’t bear to look at it anymore.

Then I started researching other books I hadn’t been able to finish. Once again, 5-star reviews cropped up everywhere.

Am I using a different grade scale than everyone else?

Or am I just an asshole? 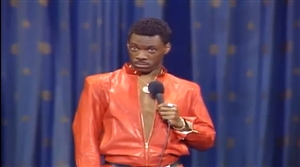 You really have to ask?

First off, here’s a list of things I won’t consider when reviewing a book:

–The cover—A review should be based on the writing and the story. Artwork should lure you in, nothing more. (Even then, beware: Some of the most wicked covers out there today can hide some of the shoddiest written works on the market.)
–The author—A review isn’t the place for author-bashing. Say what you liked and didn’t like. Call out the errors or run-ons or plot holes, but don’t say Author McShitwords is a douchebag because she shared a positive gay marriage meme on Facebook. 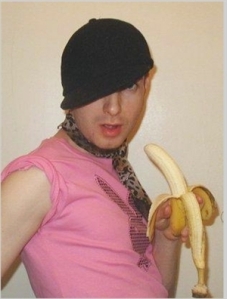 Some authors will take feedback personally regardless, but less so if you give them feedback as a reader as opposed to a supposed authority on their personal lives.
–The publisher—Okay, so maybe they put out a poorly edited book. Maybe the cover was misleading. Maybe the back cover text was written better than anything else in the book. Maybe the publisher fucked over you or someone you know in the past. So be it. Reviews should center around the characters, overall writing, story, and other literary elements. Leave the publisher out of it, however disillusioned they may be.

Look to The Stars!

Here’s how I rate books.

*Note: I try to ensure all reviews are beneficial to the author by giving specific examples and explaining my reason for disliking/liking the aspects I illuminate.

5 Stars: This book is truly a masterpiece. One I can’t live without.

Take all of my fucking money, you genius bastard!

The action flew off the handle within the first chapter, and the plot stayed on point until the end. Back story was weaved in seamlessly, with little or no large chunks of narrative or exposition. The characters stayed true to themselves and were rich and colorful and unique. Rising stakes were logical and maintained a mood of impending doom or hopelessness, thus increasing my blood pressure. The writing was damn near flawless, and any errors or glaring grammatical mistakes didn’t pull me away from the story at all. Extraneous fluff and dialogue was cut out, making for a smooth read that didn’t require me to reread sentences or paragraphs or entire pages.

I will never forget this book, and I’ll brag about it until death. I probably also have an electronic and dead-tree version on my shelves because it was that fucking awesome.

4 Stars: This book is great. I won’t soon forget it. However, the plot was pulled together by a deus ex machina, or the characters didn’t stay true to themselves, or there was a great build-up to an anticlimactic climax, or two characters decided to bang in the middle of an intense stand-off for no apparent reason.

Back story, exposition, and narrative were minimal. In some cases, I felt the book was truncated or not informative enough. The pacing felt rushed, which diminished the final impact of the story. Errors may have been abundant but didn’t interrupt the overall flow.

I’ll recommend this to others, then ask what they thought of so-and-so killing the evil overlord with a feather-duster instead of the ray gun on their hip. I’ll also be snatching up the author’s next available work.

3 Stars: Good book. These often start off slow, and though it was pegged as a great novel within its genre, I was disappointed to find no monsters or what-have-you until a third of the way through the book (or later). Characters were mechanical and their reactions to situations seemed to be manipulated by the author. Plot holes and authorial coincidences pulled me out of the story to question the rational chain of events. Annoying chunks of narrative, exposition, and back story not necessary to plot advancement cropped up everywhere. Errors hopped off the page and jabbed my eyeballs with sharp needles.

I was able to get through it because there was at least one redeeming quality: great dialogue or great action scenes or one character in particular that dragged me along for the ride. I’d recommend it to someone looking for a decent read, and I’d buy the author’s next work. (But there’s probably a list of to-reads I have to get through first.)

2 Stars: My head is spinning. Some plot points make no sense no matter how hard I try to rationalize them. Characters appear bipolar or schizophrenic. (I’m not sure, and neither are they.) I’m grimacing every time I see another 200-word sentence loom on the page. Adverbs are gratuitously, abundantly, inexplicably, and unnecessarily woven into every paragraph and dialogue tag, making for an annoyingly difficult word flow.

Come on, man. Don’t treat me like an idiot.

Odds are I couldn’t finish this book, even if the premise sounded solid and one or two characters were intriguing. I wouldn’t recommend this book, and, unfortunately, I won’t be buying another book from this author in the near future. Not until a sample of their latest work reflects growth and maturing mastery of their craft.

1 Star: Who the fuck put this on the market? This isn’t literature. This is something a one-month old made in a diaper. I want my money back.

No, wait. Never mind. You keep it. It’ll help sop up the bullshit in your next so-called novel.

Reviews for My Forthcoming Books

As I announced in the previous blog post, my books start dropping in 2016. So where does that leave me? If I rate books on the above system, what are my expectations for reviews of the Human-Undead War trilogy?

I’ll put it in perspective: Some authors deemed the greatest in history don’t titillate me. Some of the most prolific authors today make me gag. Thus, I find it increasingly difficult to give a 5-star stamp of approval. Hell, even a 4-star head-nod has become rare.

I don’t claim to be a great writer, and I’m certainly guilty of some of the aforementioned cringe-worthy no-nos.

A 3-star review is dead in the middle, and I’d be fine with that average when my own books come out.

What I label an adverb-ridden train wreck might’ve kept someone else up all night flipping pages.

What I thought to be a weak character may resonate with someone else.

What I thought was a fucking epic work of literary art might be the shudder-tastic equivalent of Two Girls and a Cup to others.

And just like Two Girls and a Cup, it’s all about taste and consistency.

Hell, I know many people would disagree with the way I review books.

And therein lies the beauty of it all.

Don’t treat book reviews like you would sex with your significant other of 30 years.

Create a rating system. It doesn’t have to be like mine, but stay true to it. Then get out there and review the latest book you read. These reviews help overall seller ratings, can lead to more opportunities (movie options, for example), and help us humble writer folk get noticed for our hard work and diligence.